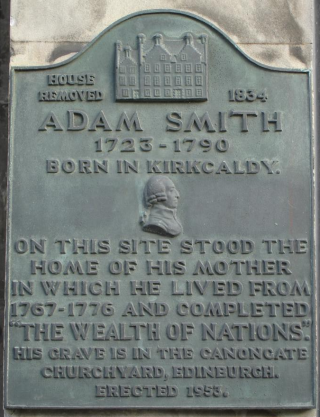 I learned a lot about Adam Smith that I didn't know about in this three part podcast from Freakonomics.com: Part 1, Part 2, and Part 3.

Here are a few examples:

I was recently cleaning out my office at work so that I could share the office with another co-worker, and I came across the printed versions of David Allen's Getting Things Done (GTD) Journal #2 (2007) & #3 (2008) which were produced for members of GTD Connect.

I reached out to John Forrister at GTD Connect to see if it was OK for me to scan the two journals I had into PDFs and post them.  He kindly said it was OK to post them, but he also surprised me by sent me the PDF versions so I wouldn't have to scan them.  The icing on the cake was that John also sent GTD Journal #1 (2006 or 2007?) which I had never seen.  Thanks John!

So here they are: 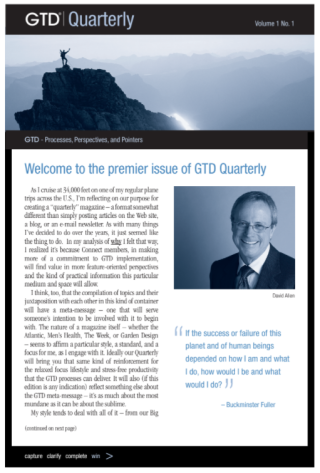 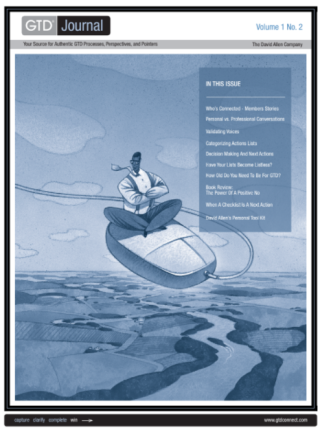 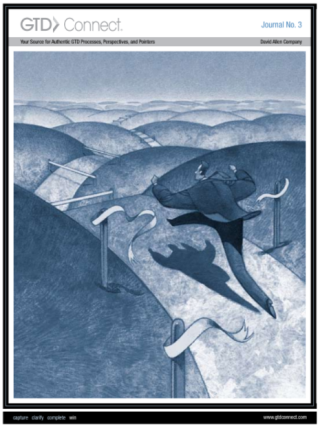 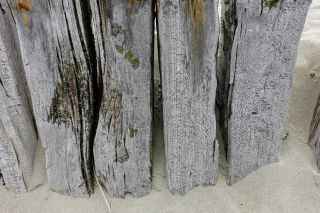 I need to do this more, but alternating COLD with HEAT on sore muscles has proven to me over and over again that I need to make the time to do this.  SO HARD TO DO! But worth the time.

I have been experimenting since the beginning of November with intermittent fasting. Basically I only eat between 12 noon and 8 p.m.  It has really worked well for me from a couple of standpoints: (1) no negative impacts; (2) I feel better overall; and (3) I think the long-term benefits are promising. The one interesting thing that I can't really explain is that even though I'm eating less I did before intermittent fasting that I have not lost any weight.  My weight has stayed steady.  More info about the topic:

All is basically good with my Bulged Disc.  My solution - daily Pilates-based stretching, using a roller (legs, back, & shoulders), heat then cold, and alternating workouts (run, swim, bike, repeat).

If you are new to Getting Things Done (GTD) or someone who would benefit from a refresher, then here is my recommendation.

My Zoom audio recorder was having a screen issue (the LCD was getting blurry and hard to read).  I contacted their tech support and they replaced the unit for $165 since it was out of warranty. I thought that was a fair transaction.

FUTURE STUFF THAT I AM EXCITED ABOUT

While flying back from Germany this summer, this picture was in the Lufthansa magazine: 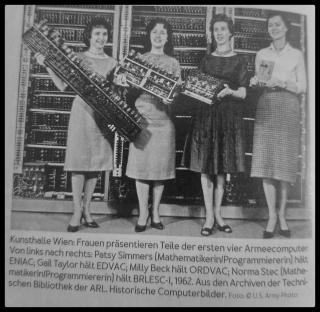 Here is more details about these women pioneers in programming. 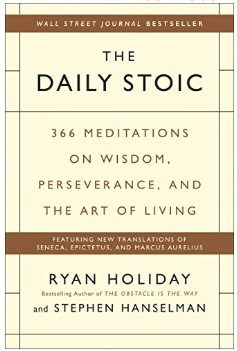 The Daily Stoic: 366 Meditations on Wisdom, Perseverance, and the Art of Living by Ryan Holiday & Stephen Hanselman

The July 18th "Daily Stoic" reading was based on Marcus Arelious Meditations, 8.56.

It is pretty challenging --

"The foundation of a free country is that your freedom to swing your fist ends where someone else's nose begins. That is, someone else is free to do what they like until it interferes with your physical body and space. This saying can work as a great personal philosophy as well.

"But living that way will require two important assumptions. First, you ought to live your own life in such a way that it doesn't negatively impose on others. Second, you have to be open-minded and accepting enough to let others do the same.

"Can you do that? Even when you really, really disagree with the choices they're making? Can you understand that their life is their business and your is your own? And that you've got plenty to wrestle with yourself without bothering anyone else?" 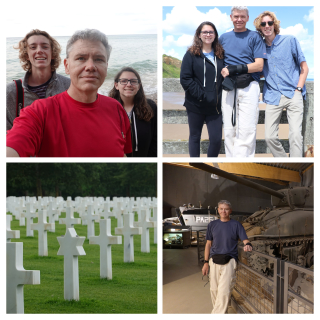 Our AirBNB was excellent (photos). We would highly recommend staying there.

And the area around our AirBNB -- known as Les Bateaux -- was so historical and visually stimulating. It was a short walk down to the beach from the AirBNB.  As we walked there were still D-Day (June 6th) decorations in most of the yards. There was also WWII Jeep parked at the bottom of the road before the beach.

After our beach experience, we made our way into the nearest "big" town --Port-en-Bessin -- to get some supplies for dinner at the local market -- Super U.  After shopping we headed back to the AirBNB for our dinner and then some relaxing before bed.

The first thing we did on our first full day in Normandy was to visit the Overload Museum.  This is a great museum! Easy to access, tons of good info, and a large amount of physical hardware from both the Allies perspective and from the Germans.

Then we went to the Omaha Museum. I liked this museum a lot as it had a lot of personal items like all the types of firearms, uniforms, etc. There was also a good video documentary that they shared in their theater.

After that we spent some time on Omaha Beach. It was very low tide at the time we were there and the waves were very small. It is surprisingly long, but only a few ways up from the beach to the high ground.

Once we finished at Omaha we drove to Pointe du Hoc. Being up on the high ground and looking down to see what the soldiers had to accomplish to take over this area was humbling. The bomb holes are still there and they are massive. The German guns at this site could have dropped rounds on both Omaha and Utah beach, but they had been moved inland because of all the aerial bombing leading up to D-Day.

Then we went to Utah Beach. The drive reminded us that that there was almost 10K between each of the D-Day Beaches, and each beach covered a 10K operating area. I learned that Utah Beach went "easier" than Omaha Beach because of the tides and currents. The main body of troops landed in a place less fortified on Utah Beach than their planned location, and the units there captured more ground in the first 24 hours than expected. The drive from and between the two beaches -- Omaha to Utah -- had references to several locations were paratroopers and gliders landed and engaged with the Germans.

After Utah Beach we went to the Normandy American Cemetery just before it closed. This was a very somber place and well done. It is much smaller than I expected given how big it has looked in the past when on TV, but that was probably all angles and framing.

For dinner we went back to Port en Bessin. We found a great place for dinner and the food was excellent (La Marina). The beach was area was interesting because it was full of shells. And we learned some more about what happened in this area during D-Day. The city and port were liberated by British Commando Forces after battles on June 7-8, 1944.

Here is a collection of Port en Bessin photos. 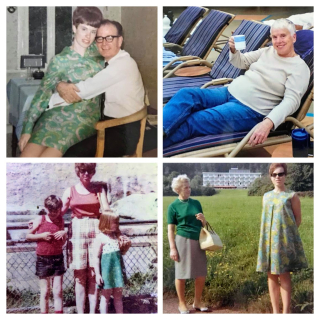 Marlies was wonderful mother, loving wife, devoted Omi (grandmother), and a friend to many.  She met Marion “Ray” Holden (USAF Retired) in Germany and they were married on January 4, 1963 in her hometown of Bad Pyrmont, Germany. She immigrated to the United States and became a naturalized citizen in May 31, 1966. Once in the United States, they lived in Nebraska, Wisconsin, and then settled in the Sacramento, CA before moving to Roseville, CA in 1973. She graduated from American River College with a degree in Nursing in 1978, and became a Registered Nurse (RN) working at Roseville Hospital until 1992 when she retired on disability.

Marion (her husband) preceded her in death in 1993, and her mother, Helene, passed in 1973 and her father, Ludwig, died in 1942 (Battle of Stalingrad).  She leaves behind her daughter Michelle (Citrus Heights,CA) and her three kids: Taylor, Riley, and Joshua; and her son Steven (San Diego, CA) and his wife Christy, and their three kids: Conrad, Spencer, and Carson. In addition, there is a deep loss by her brother Ludwig and his wife Crystal, and their daughter Gabi (and their extended family in Germany).

Marlies had a very active in retirement.  She traveled with friends and family, and hosted many friends from Germany at her house for extended vacations. She loved to play the game Mahjong both on the computer, and also with physical tiles with a weekly game day. She was a member of the Red Hat Society, Widowed Singles, and several other organizations. She often served in many leadership positions including creating monthly newsletters and calendars. Her house was always open for her grandchildren, and she took care of them with great love.

Marlies was a huge dog lover. From Rusty to Pepper to Chew-Lin to Ling-Ling to Emma, dogs played an important part of her life.  She loved them all and she was an amazingly patient dog owner.

She will be eternally loved, and deeply missed by all who knew her.

Currently there are plans for a Memorial Service on April 27, 2019 in the Sacramento/Roseville area.  You can get more details by contacting Steve (sholden@pobox.com).  In lieu of flowers, the family requests making a donation in Marlies Holden’s name with Special Olympics. 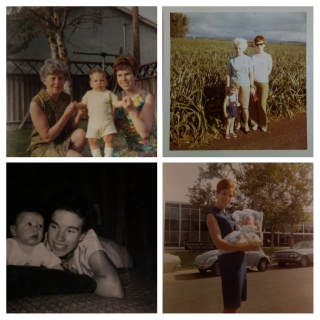 Photo by kindfolk on Unsplash

I took one of my Wyze cameras on travel in May to Washington, DC with me to watch over all my gear in my hotel room while I was at out of the room.  It worked out well.  No issues.

I am moving from a Windows 7 HP tablet/laptop to a Windows 10 Dell tablet at work by the end of June.  A lot of stuff to do to make that transition happen.

Mother's Day was great and Memorial day weekend was a lot of fun around our house.  We also had a good time seeing the Star War's Solo movie for Spencer's birthday.  The previous week Spencer and I saw the very funny Deadpool 2 movie.

My favorite band CHVRCHES released their 3rd album "Love Is Dead." If you are a crazy fan like me then please listen to the CHVRCHES Fan Podcast.

June is going to be busy: my 50th Birthday Party, a lot of high school graduation parties with friends' kids graduating, and a possible trip to DC at the end of the month.  Plus I am taking two big courses in June - one on Systems Engineering (late in June) and another on Model Based Systems Engineering (early in June).

I also have three more Vital Smarts' new 1-day Getting Things Done (GTD) classes scheduled for the summer at work -- one in July, one in August, and then one in September.

I really like these instant coffee packets from South Korea -- Maxim Mocha Gold Mild Coffee Mix.  They are great for travel, camping, and mixing it up from standard coffee. And these sugar free sweeteners are great with sparkling water plus your favorite adult alcohol like vodka -- Jelly Belly Liquid Drink Mix.

"Society has arisen out of the works of peace; the essence of society is peacemaking." - Ludwig von Mises 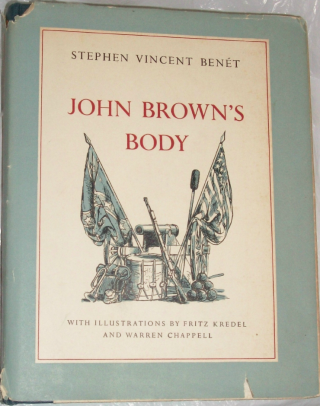 This past week Mark had a reference to a fellow Manager Tools listener -- Robert Greiner -- who posted a blog post about a great quote about management that Mark has been sharing for years from Stephen Benét's Pulitzer-Prize winning book "John Brown’s Body."

I've loved this excerpt so much that one time, I think in early 2013, that Mark actually read it outloud in a podcast.  So on Feb. 18, 2013, I took that podcast and abstracted the audio of Mark reading the poem.

It's been sitting in my library for only me to enjoy.  So, that ends today.

Below is my list of iPodder (now Juice) podcast feeds from October 2006 that I use to listen to on an iRiver:

I found this while recovering my old iBook backup drive using SpinRite.  I was actually trying to find some older TechNewsRadio podcasts that were posted on a server that no long exists.  I seem to have a gap of ~200 with bad links.