If You Can Do One Thing In San Diego ... 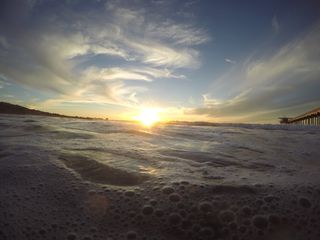 Motivation: One of my favorite bands Chvrches is coming to San Diego next week (April 14, 2015 - SOLD OUT) and this is a gift to them. If they have time and have a good experience doing any of these, then I've paid them back just a little bit for the joy I've gotten from their music and how they treat their fans.  If you have other suggestions, questions, thoughts, etc. ... then leave a comment or let me know on Twitter @ sholden.

Walk On The Beach

*I really like burgers & fries at In-N-Out and Five Guys.  These are worth experiencing if you haven't.  Picking one is hard.

I noticed this morning when my Chromebook upgraded to the latest version 47.x (Beta) that the Folder icons at the top (in my bookmarks bar) are all dark gray:

In my Chrome browser on Windows running the latest version 46.x the folders are "yellow-ish."

I am sure there are other changes planned but this one really stood out.  I'm sure I'll get use it in a day or so.

I got an error trying to install IE 7 Beta 3 on Vista Beta 2 Build 5384.   The installer said - "Your operating system is not supported by this package."

BTW ... Vista Beta 2 Build 5384 and Office System Beta 2 Kit 2007 (both from MSDN) are installed on my Toshiba M4 Tablet PC.  So far I've enjoyed the new UI changes with Word and with Outlook.

The UI changes in Visita are nice and flashy.  Tablet functions are even more impressive after about 1 hour of moving around and just doing standard stuff.  No OneNote testing yet.