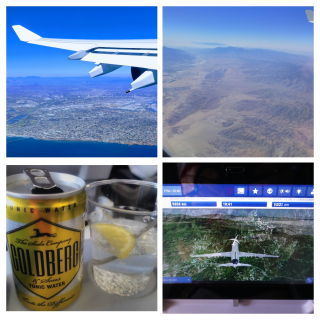 Here are the photos for Traveling from San Diego to Frankfurt, Germany.

We were lucky to be able to take the direct flight from San Diego to Frankfurt via Lufthansa. It was a great flight, and I highly recommend it.

We booked our tickets for Europe via AirTreks which I learned about via the Rolf Potts podcast.

The folks at Air Treks were great and I would recommend them even for a generic trip like ours. I originally contacted them because this trip originally started out as a trip to Europe and then to Asia and then back home which is the type of trip they are are known for.

Other thoughts about this part of the trip: