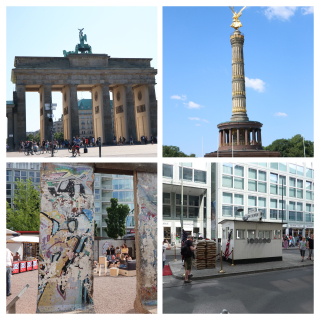 Here are two sets of pictures from Berlin:

One of the super fun parts of Sunday afternoon was hanging out with Conrad's girlfriend Skye's family (aunt, uncle, nephews, and niece) who happened to be in Berlin at the same time: 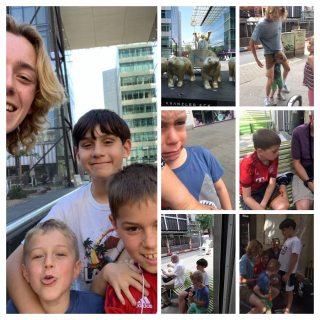 At the end of the day on Sunday, we headed back to the Berlin Airport for a late evening flight to Frankfurt.  The trip to Frankfurt from Berlin had no major issues.

Some thoughts about this part of the the trip: