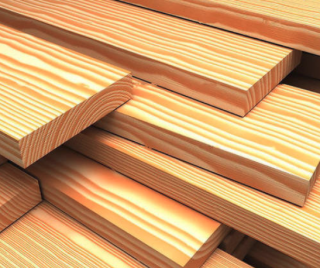 Things have been slowly improving with my back since my bike fall in February (and it is almost to 1 year since my full-on bulged disc incident).  I switched my morning runs to morning walks in March by switching my regular "run" days (Mon., Tue., Thu., Sat.) to walk days. Then in April, I moved to running 1 minute and then walking 30 seconds (repeat 20 times) on "run" days.  My current plan is to transition to running slowly for ~30 minutes (no stopping) on "run" days in May.  I also decided to not do the next couple of San Diego area sprint triathlons, and instead focus on getting to as close as possible to 100% with the plan of doing the next sprint triathlon in July.

My wonder wife Christy and I celebrated our 25th wedding anniversary.  It was pretty low-key, but we are looking to go on an adventure later in the year. 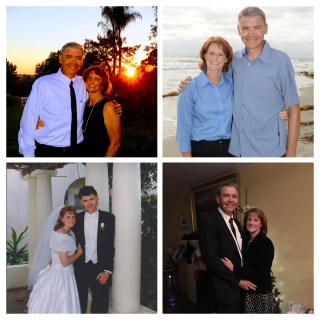 My daughter and I were able to see Chvrches in-between their Coachella shows at Pappy & Harriet's in Pioneertown, CA.  The concert was awesome, the road trip fun, and Pappy & Harriert's is a very unique venue to see a band (highly recommended), and the food & drinks were pretty darn good.  It was also a treat to meet-up with other Southern California Chvrches fans (second set of photos by Chris Rubalcava). 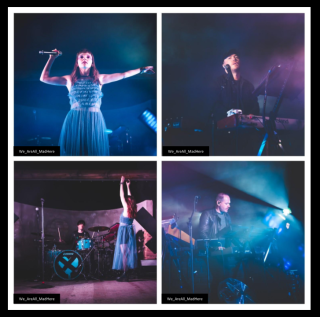 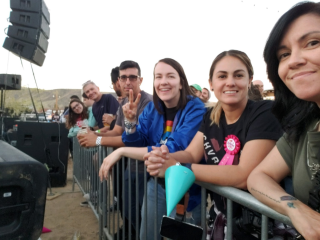 The weekend after Easter, my family and I held my Mom's Memorial (Saturday, April 27, 2019) up in the Sacramento area.  It was a blessing that we waited until the Spring, and all-in-all it went well  It was simple and uncomplicated, with a lot of time to remember, share, and support each other.  Another major blessing was being able to connect with her many friends that she touched and did life with.

One thing I have been experimenting with over the last month is using a Panda paper planning system to scope out my monthly, weekly, and daily plans right after my morning devotionals.  So far it has been pretty positive.  This is the one I purchased.

I used these ear protection plugs for the Chvrches concert.  They worked out better than expected.  I could clearly hear all the music, but being in the front row, my hearing wasn't impacted like it has been in the past.

If you are looking for some water proof headphones for swimming, then you should know that these are the best I have used -- HydroActive Headphones.

There is a lot going on in May:

"When annoyed count 10, before you speak, if very angry, count 100." - Thomas Jefferson